“Every year with centuries, in a small city in the most southern part of Macedonia, there is a Carnival. The Strumica carnival has a long tradition with centuries and it was mentioned by the traveler Evlija Chelebija in 1670. The word Carnival is derived from from the Latin carne – meat and vali – goodbye, meaning ”goodbye meat”, which associates the beginning of the fast, in this case the Lenten Fast.”

Trimeri is a very old Christian custom which was practiced a long time ago, from the beginning of Christianity. The name derives from the Greek words ”tris meres”, which means ”three days” according to the length of the beginning of the Lent. Trimeri is a movable feast and it starts after the Day of Forgiveness (Prochka), the first Sunday of Eastern Lent. The Day of Forgiveness according to the Orthodox Church is a feast which precedes the Honorable Fast Season (Great Lent), the greatest fasting period which prepares all Christians for the greatest feast of the church year, Easter. Also in Macedonia there is another carnival for the Day of Forgiveness (Prochka) in a city of Prilep.

This year, according to the media, there were over 50,000 visitors which followed the parade throughout the streets and the town square of Strumica, and about 2,500 masked individuals took part in the event (from Macedonia, Bulgaria, Serbia, Albania, Turkey and Finland). Last Tuesday together with my friends I was a part of this very successfully organized carnival and enjoyed in the masks diversity and the magnificent creations. The Strumica carnival is an international event and since 1995 has been included in the family of carnival cities, i.e. the Federation of European Carnival Cities. 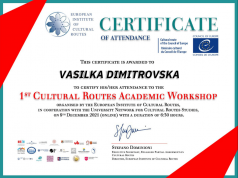 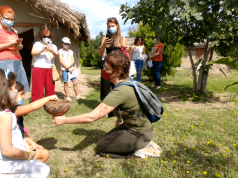