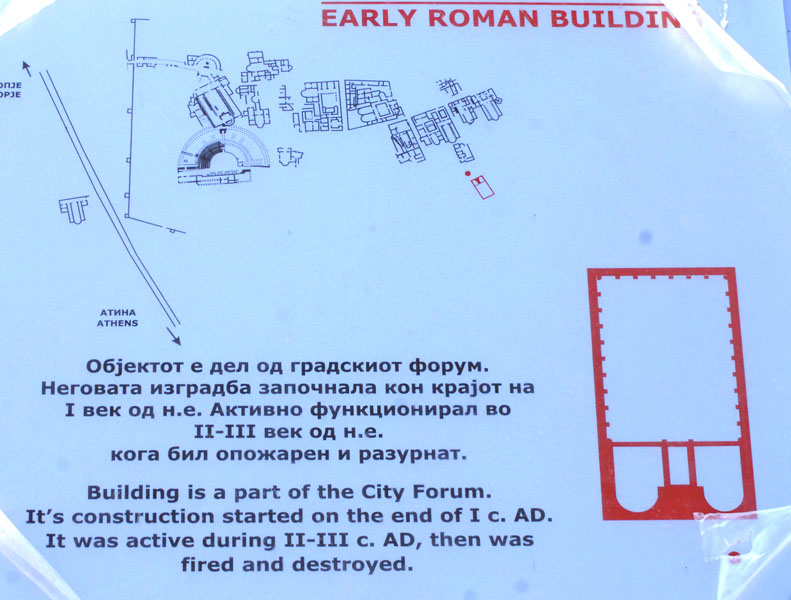 The Roman city of Stobi in Republic of Macedonia is located on the main road that leads from the Danube to the Aegean Sea, at the place where the Erigón river (mod. River Crna) joins the Axiós river (mod. Vardar), making it important strategically as a center for both trade and warfare. The pre-Roman period comprises Stobi (near Gradsko) as an ancient town of Paionia, later conquered by Macedon. The first excavation were done from 1924 to 1936 by The Museum of Belgrade when was discovered currently the most of the visible public and private buildings including the city’s theatre, built in the third century. The most significant finds occurred between 1970 and 1980 by Yugoslav and American archaeologists. 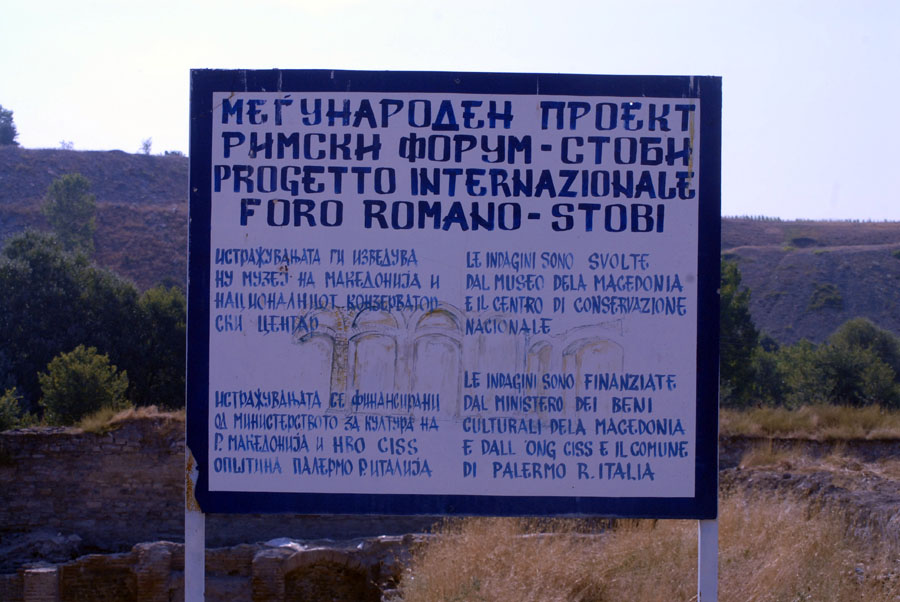 Excavations of the ancient site of Stobi are still running. They are carried out within Archaeological and Tourist Valorization of the Ancient Town of Stobi Project funded by the Italian Foreign Ministry in collaboration with CISS NGO in Palermo and the Museum of Macedonia. The excavations in the Roman Forum started in 2003 and have shown that the Forum, a 2nd and 3rd century structure, had a monumental entrance consisting of three 7-meter high columns connceted with arcades on the top. Two new structures in service of the first one have been unearthed so far. A joint team of Macedonian and Italian archaeologists this summer have made great progress in uncovering the deeply buried Roman Forum at Stobi.

The other major buildings in Stobi (check on Wikipedia)